Tewanima was born a Piqös’Wugnwa (Hopi Bear Strap Clan) on the Hopi Indian Reservation. “Louis” was an English name given to him later by the federal government. As children, we called him “Loos Qua’ah”. We could not pronounce the English name Louis. “Qua’ah”means grandfather.

The story of Louis Tewanima, Hopi, a two-time U.S. Olympian, is a paradox of sorts: a contradiction between the policy of forced assimilation of Native peoples in America by the federal government, and the heroic feats of Tewanima who ably represented the United States; despite being held as “prisoner of war”; and while arguably, not a “legal” citizen of the United States.

“We have calmly known we’ve always had the horse, way before the settlers came. The Spanish never came through our area, so there’s no way they could have introduced them to us,” reads one quote from a Blackfoot (Nitsitapi) study participant in Collin’s doctoral study.

Yes world, there were horses in Native culture before the settlers came

Yvette Running Horse Collin’s recent dissertation may have rewritten every natural history book on the shelf. A Lakota/Nakota/Cheyenne scholar, Collin worked within the University of Alaska Fairbanks’ Indigenous Studies program to synthesize fossil evidence, historical documents and oral history to present a compelling new story of the horse in the Americas.

The U.S. and Canada share a troubling history with residential schools | CBC News

When it comes to residential schools, the U.S. and Canada share a disturbing history. In fact, their assimilation systems were developed in tandem. Now some Americans, disturbed by news from Canada of unmarked burial sites, have launched a probe into the legacy of schools in their country.

Why we say “Indigenous” instead of “Aboriginal”

Organizations, businesses, and universities across the country have shifted the language that they use to describe Indigenous Peoples – largely in response to calls coming from within Indigenous Communities themselves. One of the most noteworthy debates surrounding this shift occurred…

The United Kingdom is facing growing calls to re-examine the troubling legacy of its colonial history in Canada after the discovery of more than 1,000 unmarked graves at former residential schools for Indigenous children.

The U.S. Department of Interior announced Wednesday the restoration of more than 18,800 acres of land, known as the National Bison Range, so it can be returned to Indigenous tribes in Montana. The transfer will be issued from the Interior to the Bureau of Indian Affairs (BIA), specifically to be held for the Confederated Salish and Kootenai Tribes (CSKT) of the Flathead Reservation in Montana.

“We carry the spirit of a People who are victorious!”: Honoring the Battle of Greasy Grass | NDN Collective

This year, 2021, marks 145 years since allied bands of Lakota, Dakota, Cheyenne, Arapaho and others defeated the 7th regiment of the US Cavalry led by General George Armstrong Custer. On June 25, 1876, the 7th Cavalry was tasked with removing Lakota and Cheyenne residents from the Little Bighorn River with the ultimate goal of forcing them onto reservations.

Pushed out and silenced: How one doctor was punished for speaking out about residential schools | CBC Radio

Cindy Blackstock was searching for allies in the history books. She was hoping to find someone who spoke out about residential schools, about the high death rate of students, the maltreatment of Indigenous children, and the inequalities. While reading A National Crime by historian John Milloy, Blackstock came across the work of Dr. Peter Henderson Bryce.

The moment when the first EZLN delegation sets foot in European soil, some 500 years after the Spanish colonisers did the opposite journey, bringing genocide, militarism, disease, you name it to what we now know as South America. The Zapatistas actually disembarked on the same coast where the Spanish conquistadores left back then, and upon arriving they declared “You never managed to conquer us because we’re still here, resisting”.
They also renamed Europe as “slumik k’ ajxemk’ op” which in their language means ‘unsubmissive land’ that ‘fights back’
This first delegation is made of 3 women, 2 men, and 1 ‘otroa’ (the way the zapatistas refer to the non binary people) They arrived by boat and the location is full of symbolism. But it it’s only the first EZLN squadron to arrive, there are 160-200 more zapatistas due to arrive in the next few weeks (they’ll travel by plane) which will make the total of the EZLN delegation to “the other Europe’ (another way they call what we call Europe)
The airborne ‘invasion’ (another way they call their travels here 🙂 is at the moment still stuck in Mexico coz the Gov there is refusing to give passport to all of them. Visas apparently are sorted though.
or the time being there are 100’s of events organised throughout the Spanish State, as well as in places like Germany, Italy, Greece, France, and more.
Also worth noting that the man saying bye to the Zapatistas in the video is the German captain of La Montaña, the vessel that brought them from Mexico in a 50 day long sail. 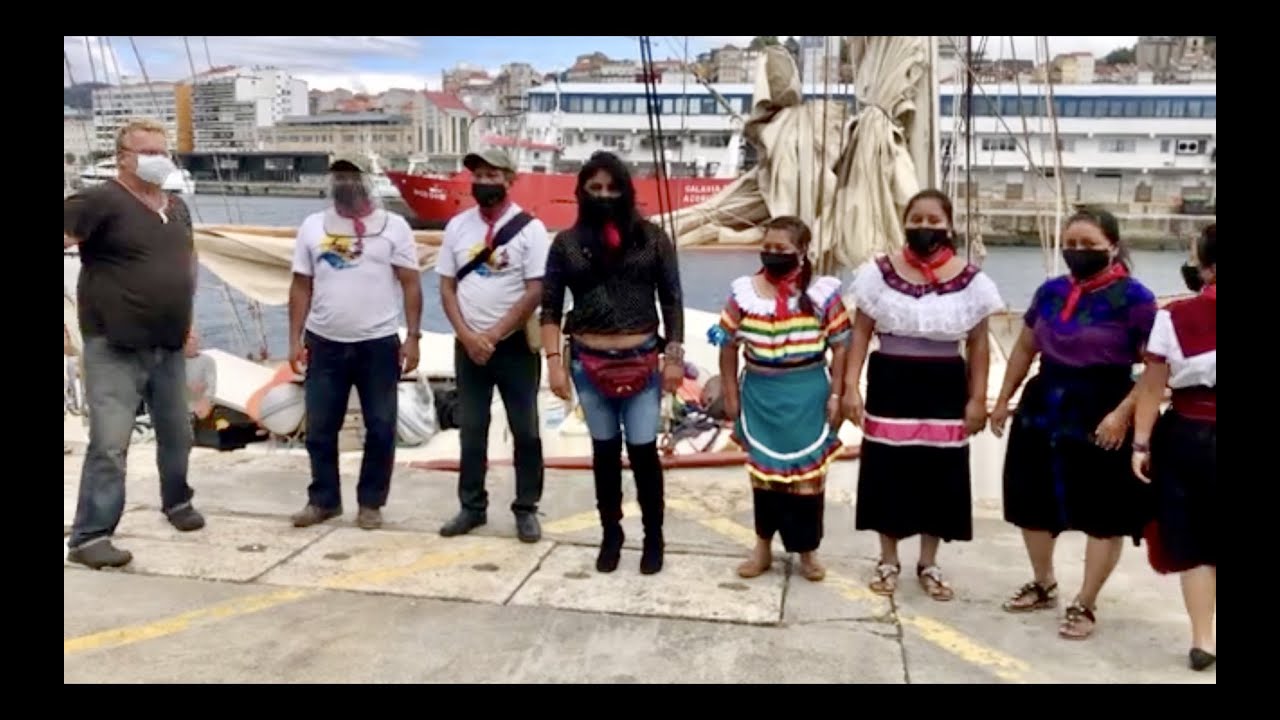 Interior Secretary Deb Haaland announced Tuesday that she is launching the Federal Indian Boarding School Truth Initiative, a first-of-its-kind comprehensive review of the “devastating history” of the U.S. government’s policy of forcing Native American children into boarding schools for assimilation into white culture.

The Ojibwe singer became the first Indigenous person to win for best blues album. “It’s always been very important to me to try to break through the barriers into mainstream circles,” said the 37-year-old from Wiikwemkoong First Nation on Manitoulin Island, Ont.