Skip to content
Months after President Biden revoked the Keystone XL permit, TC Energy Corp in conjunction with the Albertan provincial government, have voiced their decision to abandon the project.
After 13 years of concerted efforts by Indigenous-led environmental frontline actions, the pipeline, which would have carried upwards of 35 million gallons of crude oil from Alberta, Canada, to the Gulf Coast, is DEAD.
“The end of KXL is an affirmation that persistence works, that intersectional organizing works, and that when we center our efforts in our Indigenous values and in our respect for water, land, and our people, we win.” — Jade Begay, Climate Justice Campaign Director for the NDN Collective.

The company behind the controversial Keystone XL oil pipeline said Wednesday it’s officially terminating the project. TC Energy already had suspended construction in January when President Biden revoked a key cross-border presidential permit. The announcement ends a more than decade-long battle that came to signify the debate over whether fossil fuels should be left in the ground to address climate change.

Enbridge, the Canadian energy company behind Line 3, claims it is merely replacing a 60-year-old pipeline that is likely to corrode and leak if it isn’t updated. But opponents see the plan as an expansion of it, because it will carry twice the amount of oil. Houska says Line 3 violates Anishinaabe rights granted under the 1837 White Pine Treaty by endangering wild rice, a plant unique to the region and sacred to her tribe. The pipeline faces legal challenges from tribes, environmental groups, and even the Minnesota Department of Commerce, all of which say the environmental risks far exceed the need for additional oil.

A pipeline is threatening their homeland. Indigenous women are fighting back.

Tara Houska is no amateur when it comes to pipeline resistance. The attorney and member of the Couchiching First Nation set up camp at Standing Rock and stood with Dakota Access Pipeline demonstrators for six months, providing legal aid to anyone facing charges.

with an amzing array of artists on it 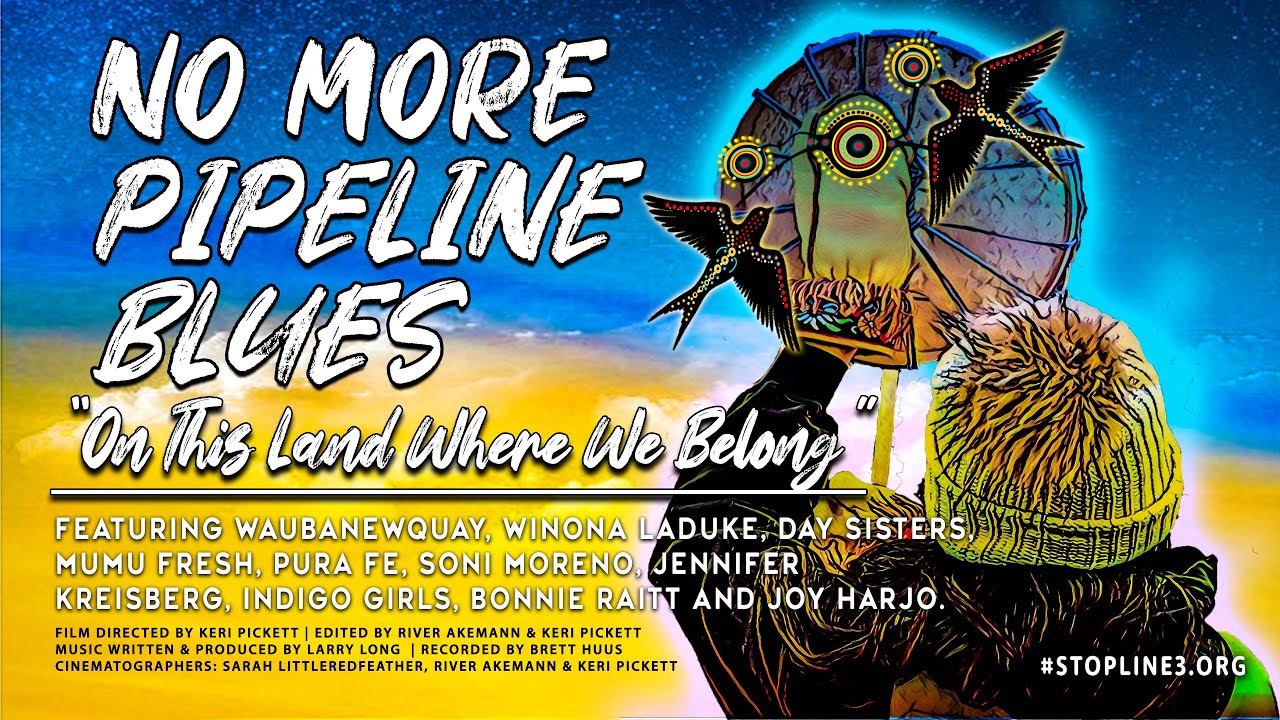 Kaya George from the Tsleil – Waututh Nation is the great granddaughter of chief Dan George. She grew up along the Burrard Inlet looking at the industrial development just across the water – including Kinder Morgan’s Westridge Dock.

One Tribe’s Fight to Protect the Great Lakes

When Jacques LeBlanc Jr. was a little boy, his dad would wake him up before sunrise and drive them to Michigan’s Lake Superior. Along the way, they’d stop to buy some gas station treats – his favorite part.

Tell President Joe Biden to stop DAPL once and for all. Protect the planet and the Lakota people. No destruction of the earth. No endangering our water. Mni wiconi — water is life. Sigh the petition here 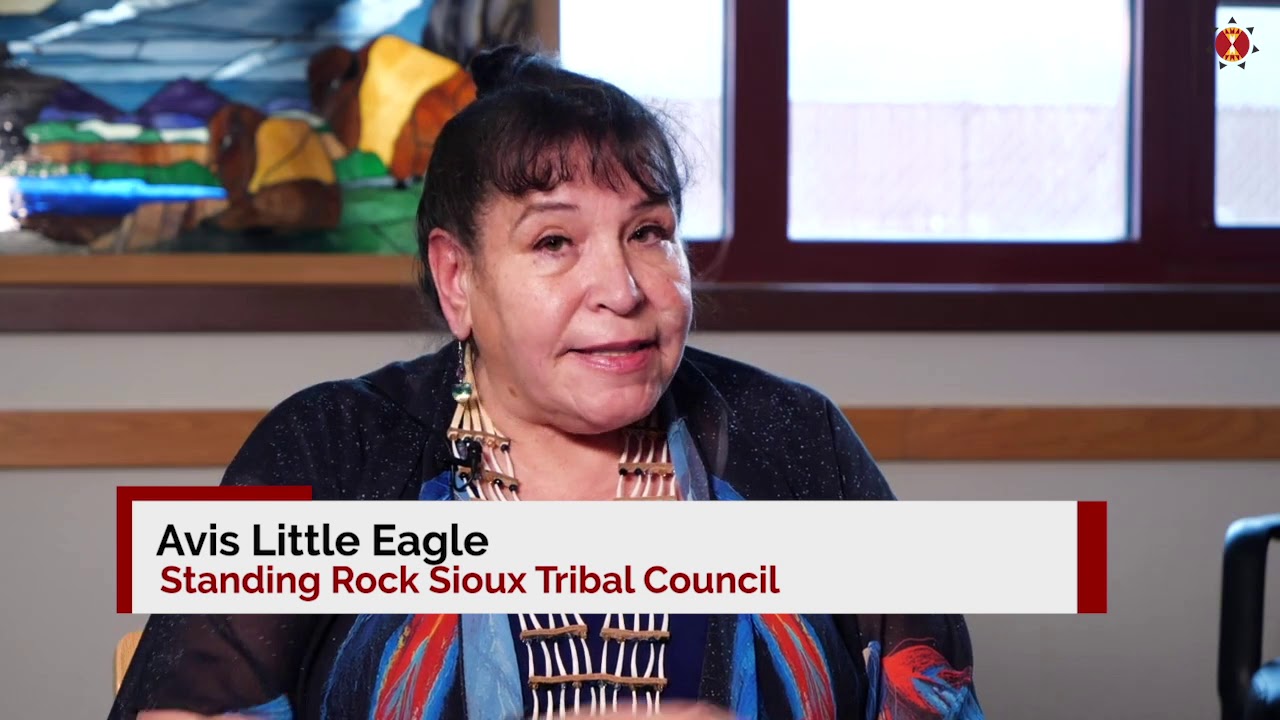 Saint Paul, MN – Around 600 people gathered in St. Paul, Minnesota, on January 29, calling on President Biden to revoke permits for the Line 3 tar sands oil pipeline project. The protest billed as ‘Protect the Water, Revoke the Permits’ started at Kellogg Park and marched into downtown to the local Army Corps of […]

Chase Iron Eyes, a member of the Great Sioux Nation and Lead Counsel for the Lakota People’s Law Project talks about Standing Rock.

What Really Happened at Standing Rock

Correction: An archival source was named incorrectly in the credits of this video. The footage was provided by Digital Smoke Signals NOT Digital Smoke Screen…

On Thursday, September 10, 2020, in a long-awaited ruling, United States District Court Judge Daniel Traynor (District of North Dakota) allowed a lawsuit challenging law enforcement’s 2016 use of fire hoses and munitions against water protectors opposing the Dakota Access Pipeline (DAPL) to move forward with discovery. The case had been stalled for more than two years after Morton County and other defendants filed a motion asking the court to dismiss the case.

Fallis, a tribal citizen of the Oglala Sioux Tribe, was a water protector at Standing Rock during the resistance to stop the Dakota Access pipeline. She was arrested on Oct. 27, 2016 at an incident at Standing Rock. She was one of more than 140 people arrested in a violent clash with law enforcement led by the Morton County Sheriff’s Department on that day.

On July 11, 2018 Red Fawn was sentenced to 57 months pursuant to the terms of a non-cooperating plea agreement accepted by the court on January 22, 2018. In exchange for a guilty plea to the charge of Civil Disorder and Possession of a Firearm and Ammunition by a Convicted Felon, the charge of Discharge of a Firearm in Relation to a Felony Crime of Violence was dismissed. Had Fallis gone to trial and been convicted of this charge, she’d have faced a minimum of 10 years and risked up to life in prison. She was sentenced to 18 months on the Civil Disorder charge and to a concurrent term of 57 months on the Possession charge.

The investigation by the Public Accountability Initiative, a nonprofit corporate and government accountability research institute, and its research database project LittleSis, details how police foundations in cities such as Seattle, Chicago, Washington, New Orleans and Salt Lake City are partially funded by household names such as Chevron, Shell and Wells Fargo.

Big corporations accused of driving environmental and health inequalities in black and brown communities through toxic and climate-changing pollution are also funding powerful police groups in major US cities, according to a new investigation.

An amendment Ocasio-Cortez proposed for the next budget bill would prohibit the nation’s main infrastructure-building agency from using federal money to issue permits under the Section 404 of the Clean Water Act “for the discharge of dredged or fill material resulting from an activity to construct a pipeline for the transportation of oil or gas.”

Shortly after Donald Trump won the presidency in November 2016, Alexandria Ocasio-Cortez, then a 27-year-old activist and bartender, hopped in a 1998 Subaru and roadtripped from New York City to North Dakota to join the frigid protest camp attempting to stop construction of the Dakota Access Pipeline.

What a week as well as Nestlé Canada Inc pulling out of the bottled water market, we had a judge ordering the shutdown and draining of DAPL

Owners of the Dakota Access Pipeline (DAPL) must halt operations while the government conducts a full-fledged analysis examining the risk DAPL poses to the Standing Rock Sioux Tribe, a federal judge ruled today. The court decision delivered a hard-fought victory to the Tribe, which has been engaged in a high-profile struggle against the Dakota Access Pipeline since 2016.

and then also the KLX pipeline blocked

July 6 (UPI) — The Supreme Court on Monday denied the Trump administration’s request to allow for construction of the Keystone XL Pipeline to continue, upholding a lower court’s decision to cancel a key permit on environmental grounds.

A major investor has pulled out of a major Quebec natural gas pipeline project, with the company behind the project saying it was due to “challenges in the Canadian political landscape.”

MONTREAL — A major investor has pulled out of a major Quebec natural gas pipeline project, with the company behind the project saying it was due to “challenges in the Canadian political landscape.” GNL Quebec, the company behind the Energie Saguenay Project, confirmed the investor’s withdrawal on Thursday but declined to identify them.