As many of you have noticed already, we have begun a new chapter for the group and reintroduced ourselves as The Halluci Nation. Our decision to re-name came after long deliberation and reflection on the values behind our group and we chose it to reflect the evolution of our music and our mission as artists. This new name is inspired by our dear late friend and collaborator John Trudell; he coined the expression to describe the global community who remember at their core what it means to be human, and live life in line with Indigenous values. We are thankful for the initial positive response from the community as we’ve begun this transition and we hope you’ll continue to follow along as we move forward, and close this cycle upon opening the next. 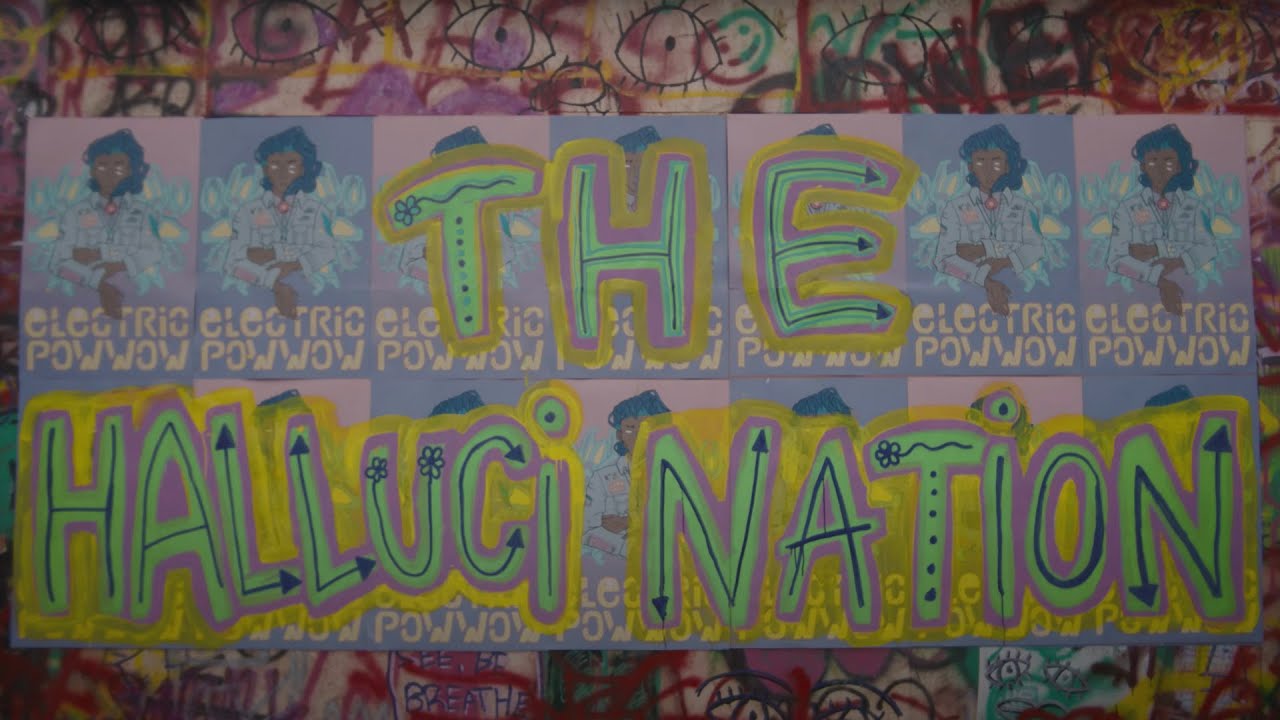 Welcome to the only European radio show (AFAIK) to promote the indigenous maade music of North America/Turtle Isalnd.
I’m a one man operation and I do this because I really love the music and also to raise awareness of the environmental and social issues faced by the indigenous communities of Turtle Island.

The show is given freely to non-commercial stations or those part of the European Free Radio network. At present the show goes out weekly on Resonance FM in London (UK) and Radio Freequenns (Austria) and a bi-monthly on Radio Agora (Austria). If you like what I’m doing a please consider giving a small donation to help me continue. Buy Me a Coffee. more About